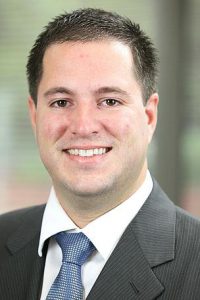 (PITTSBURGH, Pa.) – The University of Pittsburgh Innovation Institute, following a national search, has appointed Robert Stein, an entrepreneur and international information technology expert, as director of its Institute for Entrepreneurial Excellence (IEE).

Stein, who has been serving as interim director since early 2014, joined the IEE in 2005 and has held various senior leadership roles serving Pittsburgh’s growing entrepreneurial, family and closely held businesses. The IEE, launched at Pitt more than 20 years ago to provide education, networking and consulting to the Pittsburgh region’s business community, became part of Pitt’s Innovation Institute in November 2013.

Under Stein’s leadership, the IEE expanded its service offerings to help economically depressed communities in the region through grants from the Small Business Administration and the Economic Development Administration. He also created a competitive internship initiative to keep more of Pitt’s students employed locally at small businesses. He founded the IEE’s information technology consulting practice in 2007.

“During the past year, Bob has done a great job leading his team to increased sponsorship and grant support, higher-quality educational programs for businesses and entrepreneurs in the region, and more impactful business consulting and assistance that supports economic development in the Pittsburgh area,” says Marc Malandro, associate vice chancellor for technology management and commercialization, and founding director of the Innovation Institute. “We’re excited to have him aboard for the long haul.”

Stein is no stranger to entrepreneurship. He launched Active Network, Inc. (ActiveWin.com), at the age of 16, one of the first Microsoft-focused portals on the Internet for technology news and information. His long-standing technology industry expertise positioned him to serve on advisory boards at Microsoft and HP, as well as interact with executives such as Meg Whitman and Steve Ballmer. Stein’s work also earned him the title of Microsoft’s Most Valuable Professional for 12 consecutive years.

Last year, Stein was named a finalist for CIO of the year by the Pittsburgh Technology Council for his work with IEE clients. Additionally, Stein served in various project management and business development roles at his family’s business, CLI USA, Inc., which builds and operates coal washing plants worldwide.

Stein holds a bachelor of science in operations and information systems management from the Smeal College of Business at Pennsylvania State University and a master of business administration degree from the University of Pittsburgh Joseph M. Katz Graduate School of Business. He also holds a certificate in executive leadership from the Harvard Business School at Harvard University.

The University of Pittsburgh Innovation Institute, established in November 2013, promotes and fosters innovation commercialization, entrepreneurship, and economic development at Pitt and throughout the Pittsburgh region.

Stay up to date with IEE news & events.